Samo ja pomeni ja is an awareness raising campaign and online petition that  advocate for the model “only yes means yes” to define rape on the basis of consent. 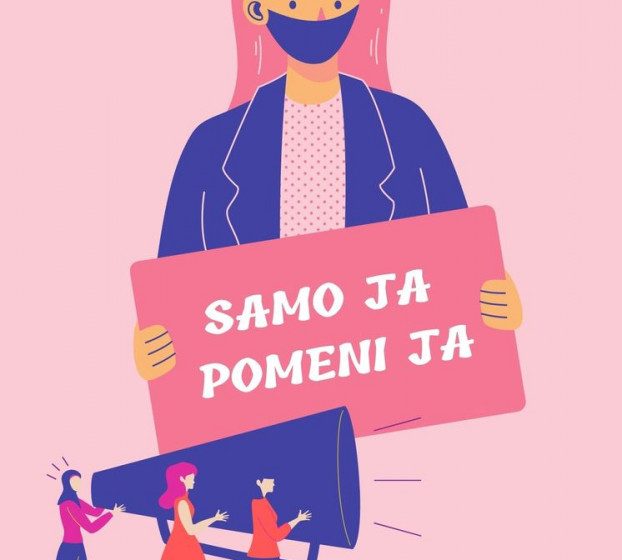 The objective of the campaign was successful , because it resulted in a changed definition of rape to the yes means yes model from the coercion model.

We measured success with the number of collected signatures – we managed to collect more than 7000 collected certified signatures in only two and a half weeks.

The assumption that we need a strong network of local activists and a good online presence was correct. We also made a website that presented the law and the legal proceeding of verifying and sending us a signature that would be valid and later put in the parliament. In Slovenia you have to collect 5000 verified signatures in order to put in a law through civil initiative. You have to collect them in 60 days. The goal was achieved and exceeded.

We decided to change the law based on the analysis we made out of #metoo testimonies we collected. Since the awarness campaigns are not enough if the system that is in place is not built in the way it could help people who experienced sexual abuse, we wanted to make a change that would be useful in future proceedings.

The yes means yes campaign was a good start for our further activism – we built a nation wide network that is growing to this day and through the experience we learnt how to do a campaign as a civil society, how to collect signatures, which was useful for our later referendum campaign. We used a similar model of activism for a referendum campaign and our activation campaign for people to go vote before parliamentary election.

As our campaign material we used the #metoo testimonies we received in the years before the campaign – they helped a great deal in raising awareness, that without given consent we can only talk about rape. People who expressed support in the campaign saw them as very useful because they graphically depicted the objective of the whole campaign.

The campaign was successful because it resulted in changed legislation regarding rape. This will help in a lot of court cases since the victim now only has to prove that there was no given consent and not that she or he was resisting.

The terrain work was crucial for this campaign – it raised awareness of the issue in local environments and is the reason we managed to collect so many signatures in such a limited time period. It was a learning experience regarding how to collect signatures more effectively and how to be even more present on the terrain which we used in our following actions.

Every time we received allegations that the change of legal definition of rape is unnecessary or that we are not changing it in the right way we communicated with examples from abroad where the yes means yes model has been implemented for some time and used examples we received within the #metoo campaign.